In his home country of Somalia, Ali was thriving.

He had more than 20 years of experience as a dental lab technician, and he loved every second of his work. His big, bright smile and warm personality made him the perfect fit for the job.

But political instability and war created turmoil in the country. Ali was forced to flee his home multiple times until ultimately, Somalia was no longer safe. His family fled to Ethiopia in 2004, leaving behind everything they had ever known, to live as refugees.

Ali wanted to provide a better future for his wife and their five children. And in 2013, his family got the chance of a lifetime: They were resettled in the U.S. and introduced to LSI’s Refugee and Immigrant Services.

When Ali was introduced to LSI, he knew he wanted to continue doing the work he was so passionate about in his home country. But he had no official degrees or formal training that would make him eligible for job opportunities in Iowa. He couldn’t get a foot in the door to talk to employers about his skills and qualifications. Additionally, advancing technology in the industry was already reducing the need for dental lab technicians in the U.S., and the field was becoming more and more competitive.

The prospects didn’t look bright, but Ali was up for the challenge.

He turned to LSI’s Career Pathways program, which partners with other local organizations and companies to offer training to upskill or re-skill participants for in-demand industries. The program helped Ali practice his English language skills, learn to apply for jobs and prepare for job interviews, and study for his High School Equivalency Test.

His LSI team also helped him reach out to local dental labs to find specialized job training in his field. And every week, Ali dropped into the LSI office to ask if there was any news on potential job interviews.

“His work is his passion, it’s his talent, and we are so happy to be joining him on his journey,” says Dianne, one of Ali’s LSI team members.

His hard work is yielding progress. A local dental lab technician office agreed to host Ali for a paid job training to develop his skills in the U.S.

When Ali heard the news, he couldn’t contain his joy. He was one step closer to launching his career in his new home. Tearfully, he asked his LSI team for a few moments to pray and give thanks.

Ali successfully completed his internship in January. As he looks forward to the next opportunity, his LSI team will be there, ready to provide the tools and resources he needs along the way.

When Kiza and her family came to the U.S. from a Tanzanian refugee camp, she knew what she wanted in her future: she wanted to become a U.S. citizen. After...
Likes 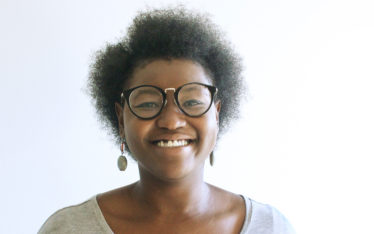 Durga’s community and family were in danger. The growing violence and systematic ethnic cleansing in Bhutan made it unsafe for his family to stay in the country they called home....
1 Likes
Donate Now
Need Help?